At Cegeka, Alrijne Zorggroep Finds ‘Best Value’ It Was Looking For

A new joint vision was determined, the names on the façades were changed and telephonists already answered calls with ‘Alrijne, how can I help you?’. It took some getting used to, but for the outside world the merger between Diaconessenhuis Leiden and Rijnland Zorggroep quickly felt rounded off. Internally, however, the organization faced a major challenge: how do we move the fragmented IT environments of three hospitals and two nursing homes to one future-proof platform?

Alrijne Zorggroep was founded on January 1, 2015, as a result of the merger between two local healthcare organizations based in the cities of Leiden, Leiderdorp and Alphen aan den Rijn (the Netherlands). The organization has 4,000 employees, 3,000 workstations and 770 beds. Its three hospitals annually welcome over 490,000 patients from the area for day treatments and admissions.

Although the merger went according to plan, it was a complex process – especially in the area of IT. Kees Rietman, Head of Purchasing at Alrijne Zorggroep, nods to the computer on his desk. ‘Shortly after the merger, we had to deal with several different domains. We had to login separately each time to access documents from other locations. That was very annoying.’

‘Switching to Office 365 seemed like a mega-process to us. Cegeka made it happen.’

Logging into the various systems multiple times each day was only one of the merger-related IT troubles Alrijne Zorggroep was confronted with. The hospital had three different domains, four data centers, and each location had its own Wi-Fi network, of which some offered insufficient coverage. Furthermore, part of the IT environment could not be managed by Alrijne itself, there was economically depreciated hardware, and the workplaces were insufficiently supportive to the primary care process.

Looking for an expert

That had to change. This started by inviting tenders according to the renowned Best Value Approach (BVA), a method of which Kees Rietman is an enthusiastic advocate. Rietman previously worked as purchaser at, among others, the Antoni van Leeuwenhoek Hospital and the Netherlands Cancer Institute.

‘Traditionally with tendering, you start by hiring an external expert who advises you on things that, ultimately, will not be realized anyway’, recounts Alrijne’s Head of Purchasing from experience. ‘With BVA you acknowledge that you are not the expert yourself. Instead, you gather that expertise from the industry. You establish only the objectives and frameworks, the bidders fill them in according to their own insights. This way, the expert automatically surfaces.’

For Alrijne, that expert became Cegeka. After several informative meetings, site visits, and evaluation of the tenders, the international ICT specialist came out on top.

‘Cegeka scored a lot of points, mainly because of their clear and verifiable performance information’, tells Rietman. (Cegeka previously integrated the workplaces of five other hospitals, with high user satisfaction.) ‘Cegeka was also able to explain in simple terms what it was going to deliver, how it would do it and what control measures it had in place. We found its employees to be very proactive, without using jargon. They understood what had to happen and quickly became acquainted with our organization. This is how Cegeka gave us the confidence that it was the right party for us.’

During the next phase, Cegeka – in close cooperation with the customer – succeeded in offering solutions that fit the unique situation and starting points of Alrijne. For example, a significant part of the hardware turned out to be outdated and not suitable for the solution. Cegeka and Alrijne therefore opted for ‘device as a service’, which made it possible to realize the solution without having to purchase new equipment.

‘Let’s be clear’, says Rietman. ‘The easiest thing for Cegeka would have been to throw everything out and then installing new equipment. But the solution they opted for, fits in perfectly with our Best Value Approach: a minimal scope at minimal cost. With this step, Cegeka managed to stay neatly within the set budget.’

Cegeka is now in the process of renewing Alrijne’s entire IT environment. There will be one shared domain and one Wi-Fi network for all five locations, servers will be moved to the cloud whenever possible, and Alrijne will get a contemporary backup environment. For the execution of the project, Cegeka is collaborating with trusted partners, like HPE for flexible ICT capacity – a necessity for organizations in rapidly changing markets. In addition, Alrijne will switch to Office 365, an idea of Cegeka. This is another example of the Best Value Approach, says Rietman. ‘Moving to Office 365 was not our idea; switching our entire organization seemed almost undoable to us. But Cegeka thought along with us and made it happen.’

For Cegeka, thinking along – being at the customer’s side – plays a central role in its service to clients. Ideally with separate specialists in every area. ‘At one point we were discussing logging in, Wi-Fi, and identity & access management – components in which security plays an important role. For this Cegeka sent its very own specialist over to us, someone who also works for the European Union in Brussels. Things like that give us huge confidence.’

Ready for the future

Safety for patients and visitors, and usability for doctors and nurses together are the core of Cegeka’s solutions for Alrijne Zorggroep. Rietman: ‘We now have a system that everyone is happy with. It allows us to take our services to the next level, and to give even more time and attention to our patients. Thanks to Cegeka, IT-wise we are ready for the future.’

‘Cegeka stood out because of their clear and verifiable performance information’

After going public, Italy’s premier supplier and distributor of fresh food decided that September 2016 was the perfect moment to renew its ERP.

A trusted partnership that yields only outstanding result

Downtime, errors and slow data processing are costly. All the more so when data is at the core of your business, as it is for HR service provider ADMB. 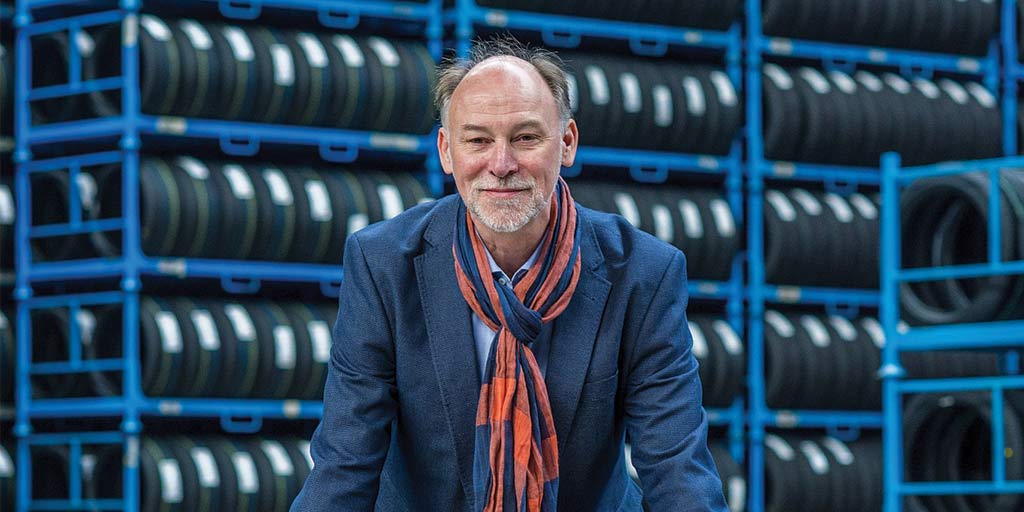 Managed services helps grease the wheels of IT

To free up time, cut costs and improve their services, the IT team of Bridgestone Europe turned to managed IT services