Cegeka was created as part of the reconversion plan for the Campine Coal Mines in 1988. It consisted of a data centre and a small team of about 30 people who provided mainframe services to a limited number of customers. In 1991, VCST (Volvo Cars Sint-Truiden) became a new shareholder of Cegeka. Our founder, André Knaepen, was VCST’s IT manager at the time.

There was no long-term vision. In 1992, VCST wanted to stop the services but the opposite happened. André Knaepen invested all of his savings in Cegeka, and bought out the shareholders. He promised its employees that he would turn Cegeka into a success.

André Knaepen grew up in a modest family in which common sense, respect, honesty, authenticity and entrepreneurship were important values.

Our family values, combined with a team of strong people and a strong vision, form the foundation on which our future is built. 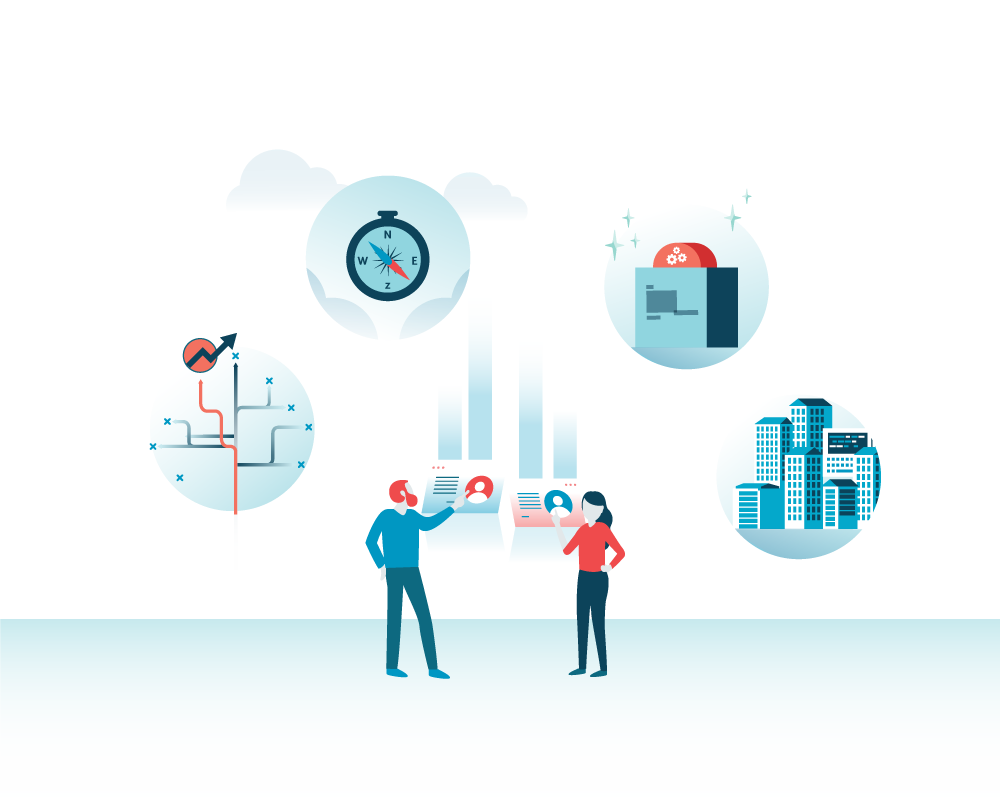 This is a mindset that has become a core part of the DNA of Cegeka. ‘In close cooperation’ means being close to your customer, and providing them with advice and assistance.

‘In close cooperation’ is the common thread throughout our growth story. It's the combination of our values. It's the way we have grown with our customers and vice versa, based on long-standing relationships of trust.

We started out with a few mainframe services and have grown into an international player with all-round technological expertise in various industries. It takes strong people to achieve this. Our people are professionals who are passionate about their job and who focus on quality.

We combine our knowledge to develop solutions that accelerate the growth of our customers through digitization. We look for solutions that truly generate business impact for our customers and help them stay relevant in a rapidly changing digital world. Thanks to our broad knowledge and expertise in our focus markets, technologies and trends, we are able to build complex platforms that require multiple connection points and integrations. Connections that are needed to build bridges between companies, business models and partners.

Cegeka is a leading family business in technology. Our strong values form the cornerstone of our identity and are at the baseline of our success. Our values are crucial for the continuity of our company and the next generations to come.